Industry & IT Minister on new energy vehicles and 5G in China 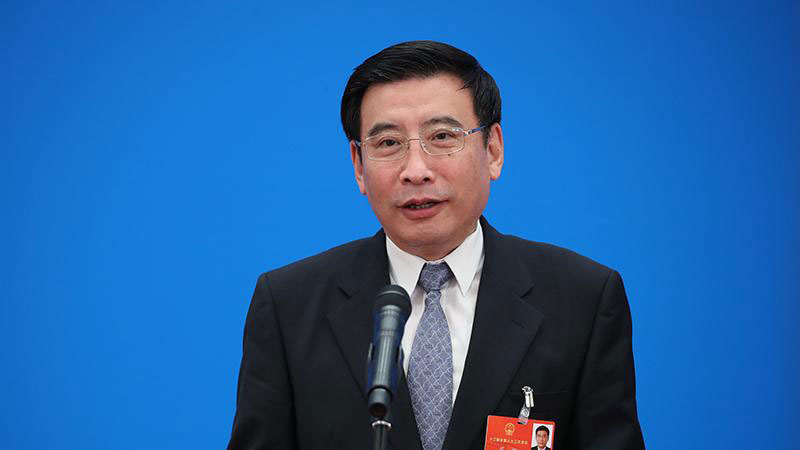 China's new energy vehicle (NEV) industry and 5G development have been affected by the coronavirus outbreak, and the government is pushing forward some new measures to boost the evolution of the two fields, according to Miao Wei, China's Minister for Industry and Information Technology.

"We have to admit that some fields were affected by the pandemic,"Miao said at a press conference held via 5G-based video conference hall set up at the Great Hall of the People, where the country's biggest annual political event, "Two Sessions," is currently underway.

The ministry has come up with some measures to ease COVID-19 effects on the NEV industry, including tax exemption and subsidies being extended for two more years, until 2022.

These benefits were initiated in 2014 and were designed to last three years. But were extended for another three years in 2017.

The impact of these steps have been obvious. Electric cars like Tesla Model 3 are sold at a relatively lower price in China, thanks to the measures taken by the government. The market for locally designed NEVs has also boomed since 2014.

"The production output of NEVs in this April matches that of last April," Miao told reporters.

In addition to extending old measures, a new way to stimulate NEV industry will also be introduced.

On the supply end, the government will cut some red tapes and allow more OEM companies to enter the market.

Switching from fossil fuel vehicles to NEVs in the public service - like law enforcement, logistics and garbage trucks will be encouraged.

On the user end, the government will provide more support to recharge station builders and promote different station brands to link their devices to a single network.

"The construction of 5G network was slowed down by the pandemic. But telecom companies are trying hard to catch up with their original plan," Miao told reporters.

"Every week, we see 10,000 additional 5G base stations being built. And every month, we see seven million additional 5G users across the country," he added.

On the real-world use of 5G, Miao listed three examples to affirm his point that 5G is useful.

First, 5G remote diagnosis during the COVID-19 pandemic; second, the video chat tech used by Miao during the press conference; third, connecting representatives to reporters during the Two Sessions.

All three examples seemed only related to video streaming on 5G. It's widely known that the speed boost and latency reduction in the 5G will greatly benefit video chat softwares. So, Miao's examples are quite "safe" to talk about publicly.

Miao also said that he's hopeful of using the 5G technology during the Beijing 2022 Winter Olympics.