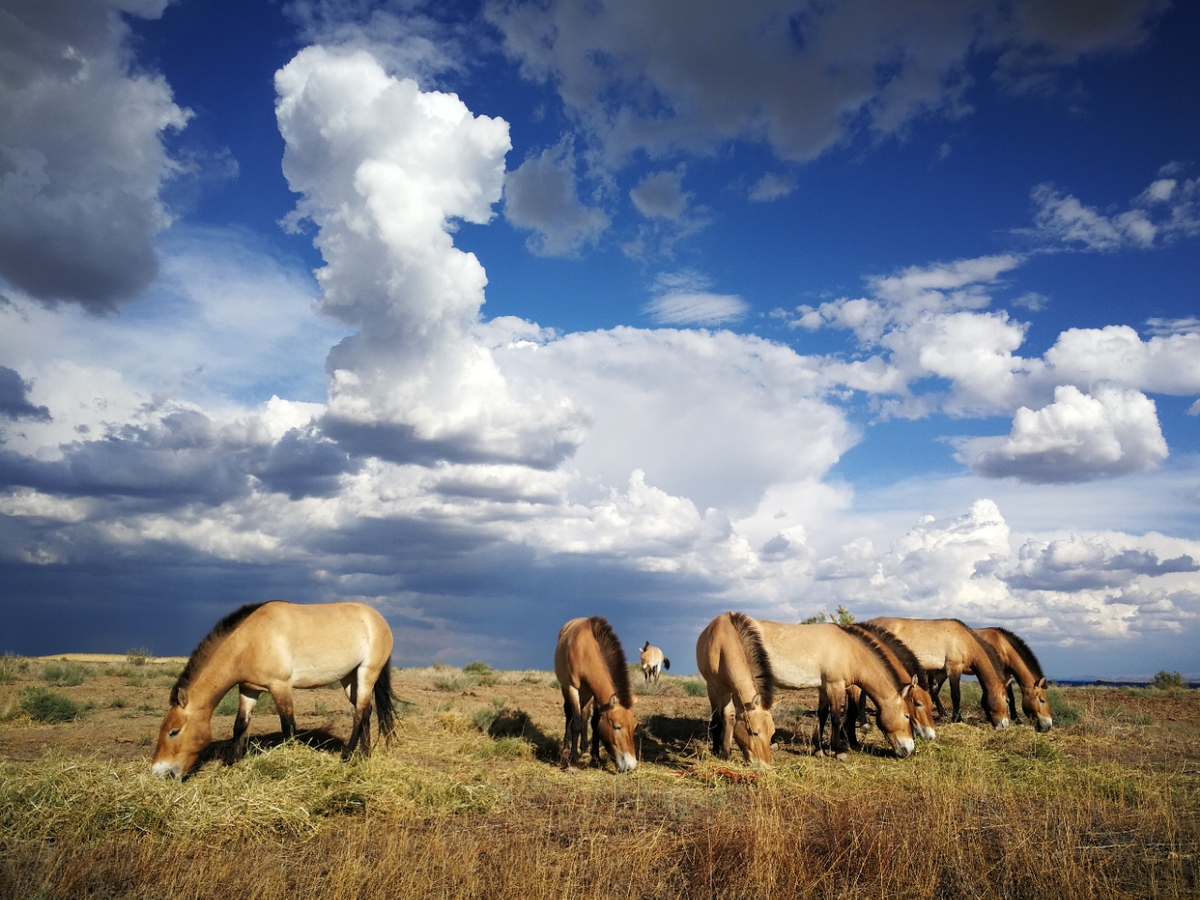 Endangered Mongolian horses graze in the meadows after they were released into a 200-hectare enclosure in the Xinjiang Uygur autonomous region on May 27, 2020. [Photo provided to chinadaily.com.cn]

Two dozen endangered Mongolian horses that had been nurtured in captivity were released into a 200-hectare enclosure on Tuesday in the Xinjiang Uygur autonomous region for an experiment.

Conservationists want to find out if the animals are capable of surviving independently in the wild.

Ma Xinping, director of the Xinjiang Wild Horse Breeding Research Center, said the experts are hoping the horses — known as Przewalski's horses — can learn the necessary skills to live on their own. Then they can be released.

"To help the horses return to nature, we have to train them to cope with the natural environment and improve their ability to find food and water in the wild," Ma said.